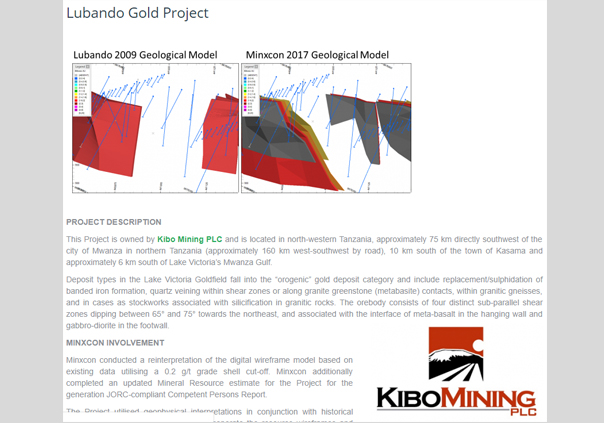 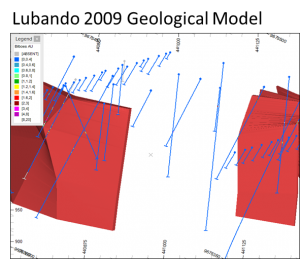 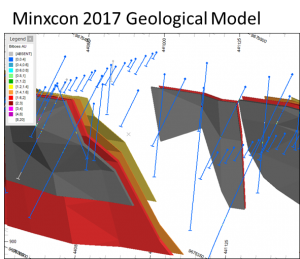 Deposit types in the Lake Victoria Goldfield fall into the “orogenic” gold deposit category and include replacement/sulphidation of banded iron formation, quartz veining within shear zones or along granite greenstone (metabasite) contacts, within granitic gneisses, and in cases as stockworks associated with silicification in granitic rocks. The orebody consists of four distinct sub-parallel shear zones dipping between 65° and 75° towards the northeast, and associated with the interface of meta-basalt in the hanging wall and gabbro-diorite in the footwall. 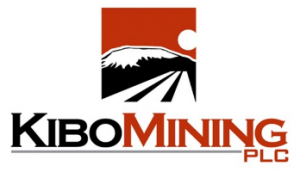 The overall impact to the Mineral Resources due to the updated geological model and estimation methodology was to increase the overall Mineral Resource tonnage by some 160% and the gold content by more than 42%, thus adding significant value to the Client’s Project.

The historical Mineral Resources for the Lubando Project are presented in the following table.